The Fold at Ain't Right Ranch

Why is a herd of Scottish Highlands called a fold?

Although a group of cattle is generally called a herd, a group of Highland cattle is known as a "fold". This is because in winter, the cattle were kept in open shelters made of stone called folds to protect them from the weather at night.

In addition to creating a unique term for a group, Scottish Highlands' ability to overwinter outdoors has given them a host of other traits. Their long, double coat works as insulation, keeping the animals warm in the winter and cool in the summer. This precludes the need for storing fat which makes the meat lean and low in cholesterol. At Ain't Right, our cattle are 100% grassfed, and never given prophylactic antibiotics. The result is happier, healthier cattle that just make better eating.

Why do we breed Highlands?

The first reason, of course, is because they are the cutest animals ever created! Not only are our calves adorable to look at, but the way we raise our cattle ensures that they have the personality to match. That means that our cattle are easier to take care of and easier to show.

The biggest reason we breed our own fold, however, is that we believe that we owe it to our customers to deliver the best animals and meat products possible. 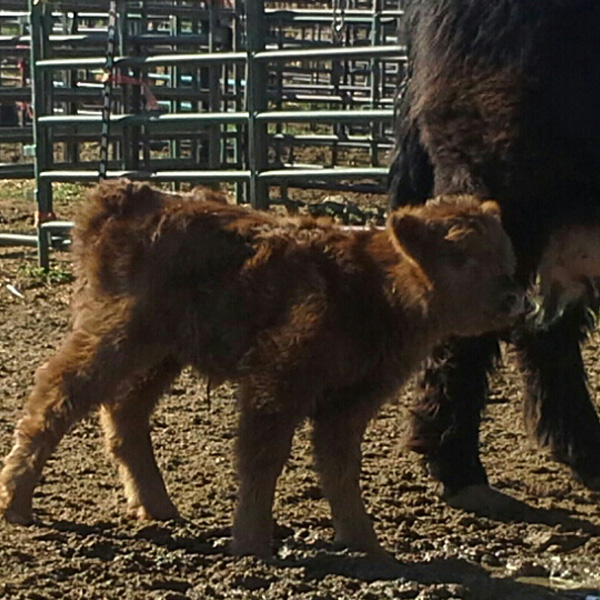 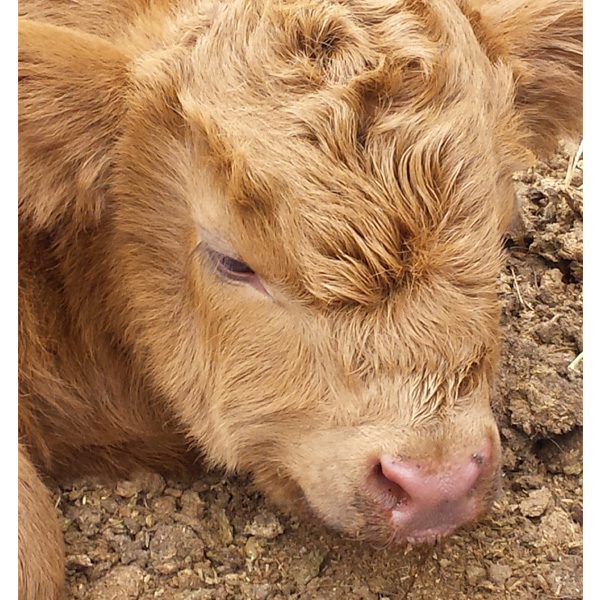 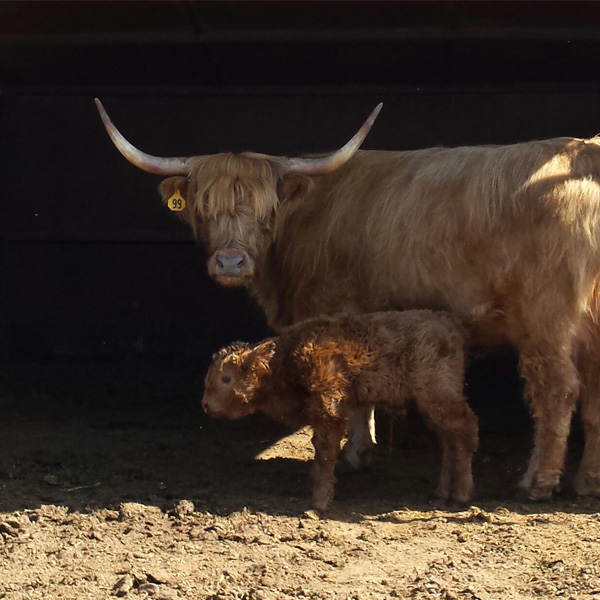 Mess with my calf, get the horns 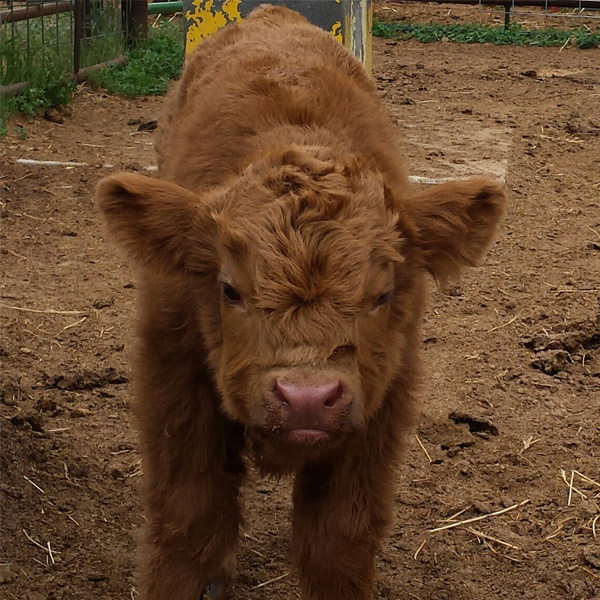 Where is my dinner?

Scottish Highlands make excellent and protective mothers. One of the benefits of breeding and keeping a small herd is that our cows know each other (and will frequently babysit for one another). But if a predator ventures by, they quickly discover that those horns are not just for show!

Another advantage of a stable herd is that the cows also know us. That means our calves are typically imprinted and tagged right after they are born. We starting gentling (OK, really, playing with them) from almost their first day.

We choose our fold sires carefully to add the desired qualities to our cattle. Our current fold is the poduct of many years of "breeding to better the breed." Three very different bulls have been used to achieve this end result. Each bull contributed something desirable to the genetics we now see. 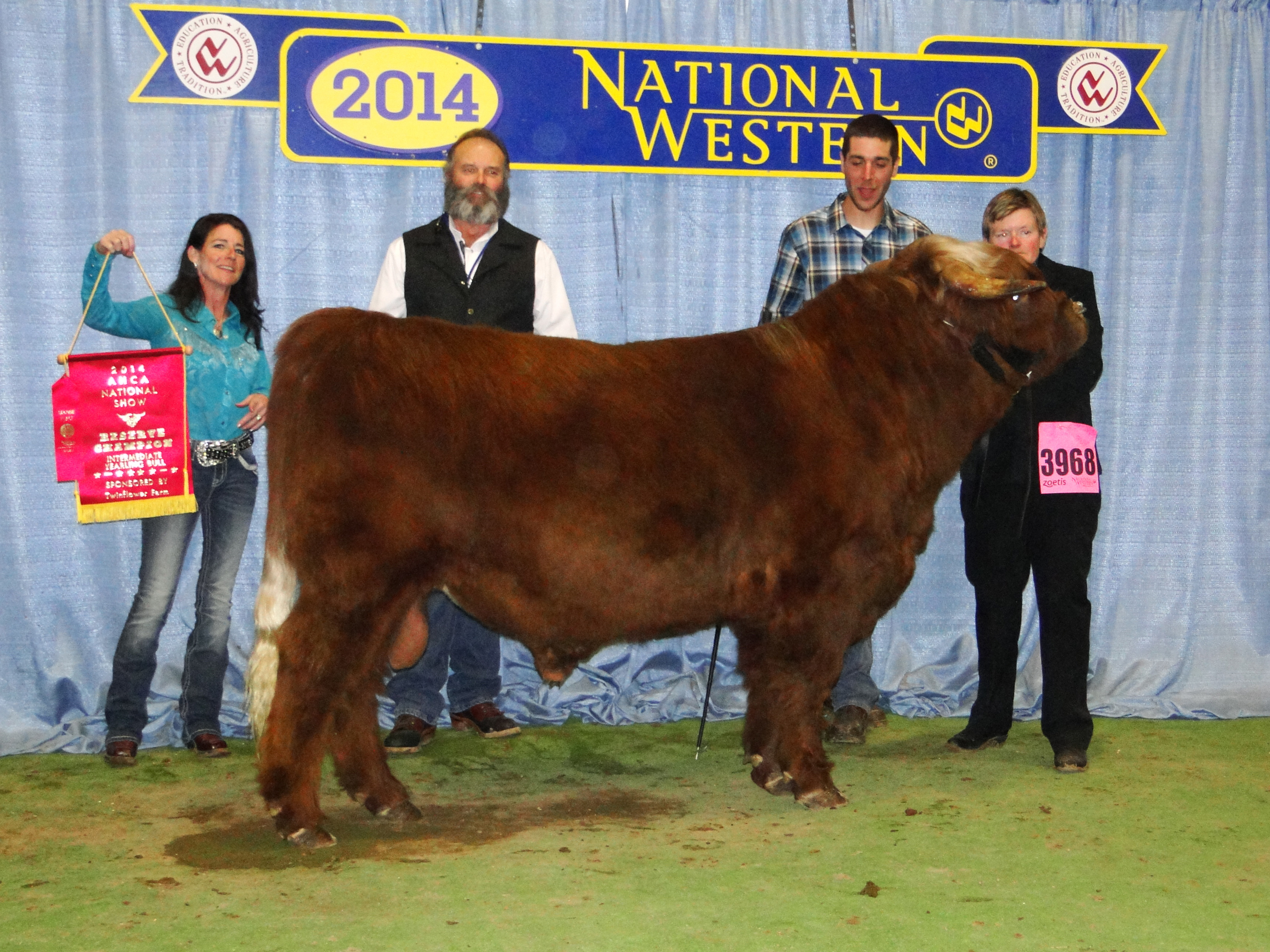 Known to us as "Hammy," we added him to expand our bloodline. Hammy adds height, depth of brisket, and just general, all-around good looks!

Harley was Rocky's first Highland, and will grow old with the fold, although he no longer is used as a herd sire. Harley remains undefeated in any competition in which he was entered, and brings great length of body to his get. In addition to a superior body, Harley also brought a superior coat quality. 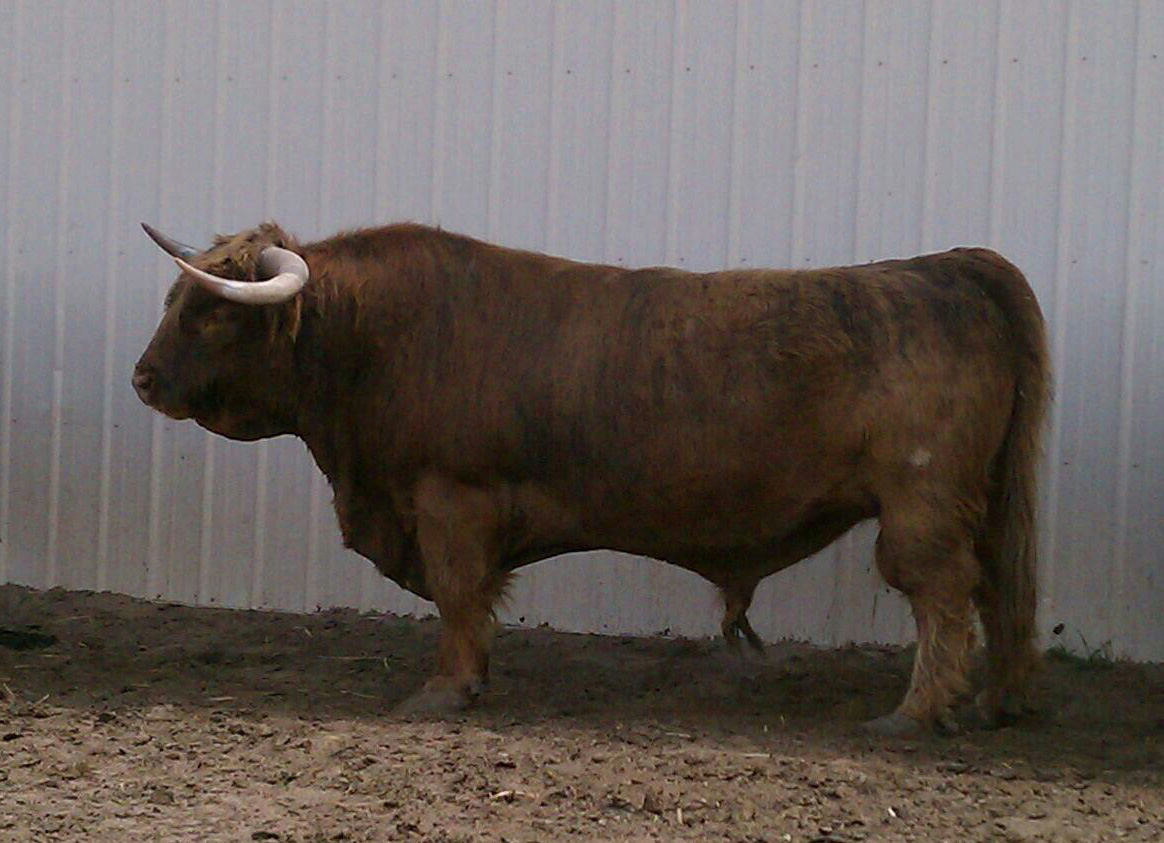 Cash is the produce of Peigi's 5 of Wilmorrie. Cash passed all of his dam's good traits to his get, including excellent conformation.

Known to us as "Curly," we sought the Kilkenny bloodline to...how to say delicately...give our cows an ass.